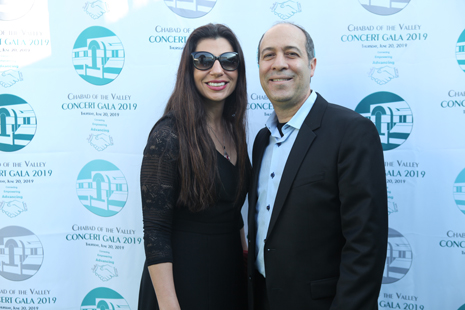 Treating others with kindness and providing support to those in dire circumstances are concepts as old as human civilization, but the birth of modern philanthropy can be traced to the 15th century. As feudal structures collapsed and geographical discoveries expanded the world, an era of unprecedented exchange began, including the global spread of philanthropic ventures and ideas. Through the centuries, charitable giving has retained its essence and objectives, but technological and societal progress has inevitably affected the process and the outcomes. As the National Philanthropic Trust notes, “While still remaining true to the memory of the great philanthropic traditions of the past, philanthropy today is more organized, professional, and global than ever before […] Technology has enabled people to make instant, global exchanges, and philanthropy has thrived in the digital environment, finding new ways to reach people in need and, moreover, empowering them to act and speak out for themselves.” According to digital media expert Daniel Aharonoff, charitable foundations now have a plethora of tools at their disposal to mobilize support, drive donor engagement, and raise awareness about worthy causes.

The growing impact of technology was highlighted in the Public Interest Registry (PIR)-sponsored 2018 Global Trends in Giving report, which established that overall charitable donations increased by 4.1%, marking six years of consecutive growth. Importantly, online contributions rose by 12.1%, with 55% of both Millennial and Generation X donors stating they prefer to give online. The percentage was impressive even for Baby Boomers, 54% of whom revealed the same preference. “Donation revenue and interest in philanthropy continue to grow across the board, but it’s still essential that nonprofits prepare to adapt their strategies to shifting demographic preferences,” the report points out. Digital channels dominate the personal and work lives of the younger generations, which makes it imperative for philanthropic organizations to adapt their strategies to the modern age in order to maximize outcomes.

Embracing digital media is a step that will deliver multiple benefits to charitable initiatives, says Daniel Aharonoff, pointing out that technology has transformed the way people obtain and share information about philanthropic causes. The rise of social networks such as Facebook, Twitter, and YouTube and the creation of innovative digital tools have introduced crowdfunding and peer-to-peer fundraising, democratizing the process of giving and expanding the pool of donors. Charities are starting to realize the tremendous potential of digital media to drive engagement and promote long-term commitment while also building trust by improving transparency and accountability. In addition, digital media offers philanthropic organizations the opportunity to educate those in need and equip them with the skills to overcome adversity, as well as to spread the message about their work and attract new supporters through the power of storytelling.

Daniel Aharonoff has been involved in the digital mediaspace for more than 20 years, laying the foundations of his remarkable professional success with his appointment as a strategic consultant to NBC Television. He advised the company on the launch of its VideoSeeker online serviceand showcased its digital properties on numerous pioneering portals, among them World News, The Tonight Show, and Saturday Night Live. This assignment was followed by the position ofacting CTO at FoxKids and Fox Family Channel, where Daniel Aharonoff consulted on all technology and digital media initiatives. In 1997, he founded movie content aggregator VideoDome Networks, serving as its CEO until 2004. After a number of senior roles at digital media companies, hejoined BroadScaler Consulting in 2009, assuming the CEO responsibilities.