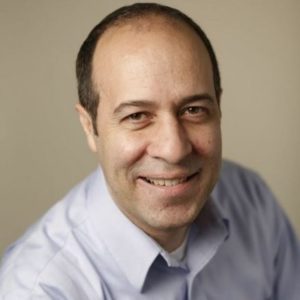 Cord-cutting – the term coined to describe the migration from cable TV to online streaming services – is a relatively recent phenomenon, but in the span of only about a decade, it has fundamentally changed the nature of content consumption. Most industry experts credit Netflix with the unrelentingacceleration of this trend and peg the start of the momentous shift at around 2007,when the SVOD (streaming video on demand) giant offered its customers the “watch instantly” feature. Within several years, viewers had a choice that included Hulu, Amazon Video, Apple TV, HBO GO, and a number ofother services. Analysts also point to a generational shift, with an expanding group of consumers growing up in an internet-centric society and thus unlikely to ever consider cable TV subscriptions. Among these so-called cord-nevers, 61% watch televisionprimarily online via streaming services, according to a study by Pew Research Center. The younger generations are undoubtedly reshaping the demand patterns in video, music, and gaming content consumption, but the astounding growth of the over-the-top (OTT) market is drivenby a combination of factors, comments digital media expert Daniel Aharonoff.

In the latest edition of its “Couch Potato” series of annual reports, Convergence Research Group notes that revenues generated by traditional cable and satellite TV providers still far exceed the amount attributable to video streaming services. However, the latter are growing at a rate that should quickly narrow the gap: while pay TV proceeds in 2018 fell by 3% to $103.4 billion, SVOD platforms collected 37% more, or $16.3 billion.According to Convergence Research, the proportion of North American households that canceled their traditional subscriptions or never opted for any rose from 26% in 2017 to 30% in 2018, with the report predicting an increase to 34% in 2019. Similar developments can be observedin the music and gaming markets, DanielAharonoff points out. The Recording Industry Association of America (RIAA) estimates that streaming services accounted for 75% of total industry revenues in 2018, which represents a 10% jump year-on-year. In online gaming,the value of the market is projectedto rise from $21.1 billion in 2011 to $33.6 billion in 2019.

“Media consumption across the globe is increasingly happening in digital formats. The increase in the number of devices capable of supporting digital media, along with increasing internet access speed, has provided consumers with an option to access the media content of [their] choice, be it information, entertainment or social activity anytime, anywhere,” Deloitte observes in a report titled “Digital Media: Rise of On-Demand Content.” However, convenience is only one factor fueling the phenomenal growth of the streaming services market, Daniel Aharonoff notes. Research has established that cost is another key attraction, and OTT providers are steadily gaining ground due to the appeal of the so-called skinny bundles and tiered subscription models, which allow consumers to opt for lower-cost plans that best suit their needs and thus save money by customizing their selection of channels. Other reasons for the growth in streaming services is the widespreadavailability of broadband, the steady shift to mobile devices, and the increasing adoption in enterprise settings, where video streaming helps companies improve internal and external communication.

Daniel Aharonoff has been involved in the digital media industry for more than 20 years, laying the foundations of his remarkable professional success with his appointment as a strategic consultant to NBC Television. He advised the company on the launch of its VideoSeeker online service which showcased its digital properties on numerous pioneering portals, among them World News, The Tonight Show, and Saturday Night Live. This assignment was followed by the position of interim Chief Digital Officer at FoxKids and Fox Family Channel, where Aharonoff consulted on all technology and digital media initiatives & execution. In 1997, he founded movie content aggregator VideoDome Networks, serving as its CEO until 2004. After a number of senior roles at digital media companies, he has developed core strategies and has collaborated with industry’s icons & major brands from Marc Cuban and Haim Saban to the world’s largest entertainment and consumer goods brands and advertisers. In 2009, he formed BroadScaler Consulting, a boutique digital media consultancy group, assuming the CEO responsibilities.